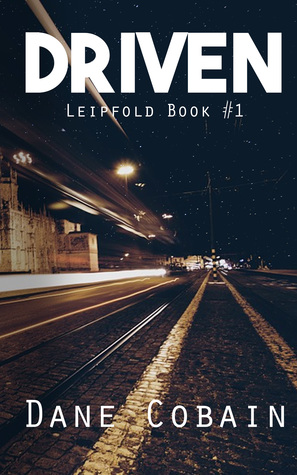 A car strikes in the middle of the night and a young actress lies dead in the road. The police force thinks it’s an accident, but Maile and Leipfold aren’t so sure.

Putting their differences aside, and brought together by a shared love of crosswords and busting bad guys, Maile and Leipfold investigate. But not all is as it seems, as they soon find out to their peril. Would Detective Leipfold and computer wizard Maile get to the bottom of it all?

What do I think?

I knew I was starved for detectives and add a computer geek in and that’s how you trap me. And Driven did satisfy the starvation but it also left me wanting more.

Starting with the death of Donna, the book gradually lets you meet the most interesting characters , Leipfold and Maile. Even though different story lines drive me crazy most times, Cobain could actually pull it off pretty well, so kudos to that.

The real excitement for me was the criminal catch game (Obviously). And then that excitement began increasing because I could guess who the criminal was. Then, like my normal extra exciting thrillers, I expected my guess to be proven wrong.  That didn’t happen in this and I was a little bit disappointed at that.

All right, all right, I know what you’re all thinking, “Why wouldn’t you want to be right?”. And you’re right, I like being right to feel smart (what a joke). But for some twisted reason, thrillers and mysteries are supposed to prove us wrong. They have to prove me dumb.

Except for the fact that it was a little too easy to predict towards the end, it was a pretty awesome read and I wish I could have read it in one go, instead of in chunks (thanks to my stupid exam schedule).

What’s the best mystery thriller you’ve ever read? Was it predictable? Do you like predictable books?