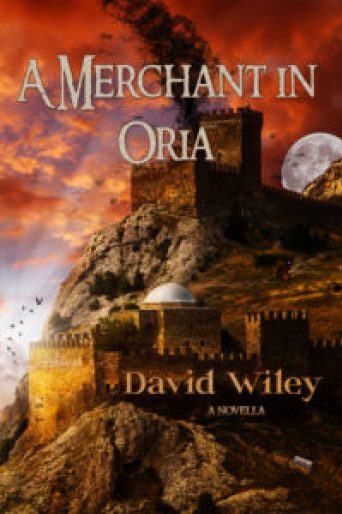 Firion is a young merchant descended from generations of merchants. His first big break comes along when he sets out to trade with the wealthy dwarven kingdom of Oria. He has always dreamed of visiting this grand kingdom, having heard his father describe it in detail a hundred times while he was younger. But when Firion arrives in Oria, he is jarred by the details present that contradict with the image etched into his mind. Something dark and sinister seems to be afoot in Oria, but Firion knows he is no hero. He is just a simple merchant, and what can an ordinary person do in the face of danger and deception?

Firion has dreamed of trading in Oria forever -why , I never really understood . But as you read in the summary , trouble brews up and he believes he’s not the hero the people have been waiting for .

The book is rather fast paced . However , it didn’t really draw in with it’s opening . I felt myself wandering off , which is probably why it took me a week to complete and review a short story . I am going to blame that on the fact that I didn’t sign up for lizard men and weird yellow eyes and all . I was wary half way through the book just for that reason . I’m not a fan of weird animal-ish people (I don’t even like batman ) .

At the start , I was irritated big time with the hero . He was not one of those alpha ( or male kickass character ) I usually love . But as I actually started getting into the book , I sort of realised why he was that way .

Mr . Wiley definitely has a way of writing . I guess I’ll be looking into his works -atleast one other before really judging him . To be honest , I think A Merchant of Oria could have used some more action .

But the book went really well . If you’re looking for something to read on a journey , then you can pick it up because it’s light ( I mean , who wants to cry in the public with those dark books ? ) .